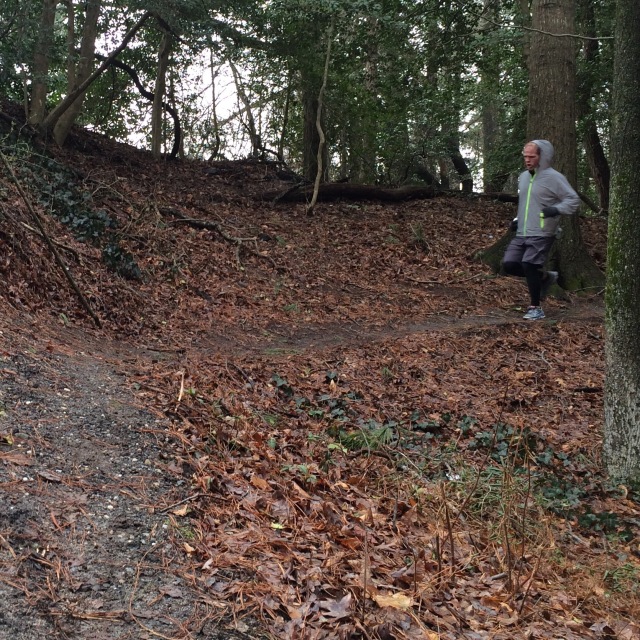 The roads gave birth to my running obsession. I started on the roads and the asphalt under my feet felt great. The car lights blazed by me each morning as I ran on the side of the road. I thought I knew what running was all about. I put in thousands of miles on the road, ran half marathons, marathons, and made numerous friends as we ran and connected. Only months after beginning my running journey I started The Pemberton Running Club and we created routes on the roads around Nanticoke road and Pemberton road. Our goals was to run as many roads as we could. We wanted to run every road in town and so I bought a map of the entire county and began highlighting every road we ran. Highway roads, country roads, and city roads. I was a running GPS. I knew every road in Salisbury, every road between the roads, and every road to get to other roads to avoid the dangerous roads or to get to the dangerous roads. We ran roads we shouldn’t have run. We ran roads because we loved them… Or…

Or we ran roads because we didn’t know anything different. Well sorta.. I should have listened more to Joey “trails” when he introduced me to the trails early in my running days tagging on a few miles in Pemberton Park after our normal five or six miles, but I was too focused on increasing miles and training for marathons. So I went back to the roads and kept running them almost exclusively. It wasn’t until last year when I ran the Patapsco 50k that I realized where my real true love of running was to be found. I needed to run in the trails… More. Much more.

The trails were different. There were roots, there were rocks, there were hills, there was mud, there was dirt, and there was danger. I felt alive as I ran Patapsco. Being outside in the woods running on dirt was closer to nature than I had ever felt. After Patapsco I began to add more trails to my training plans and although I continued to run on the roads and train for marathons I knew my days on the roads were limited. The trails were just more vibrant, more chaotic, more unpredictable, and more challenging. My pace decreased by almost two minutes a mile as I weaved around trees and down hills. The earth can be forgiving at times and in unforgiving at other times. When you hit a root and go flying smashing your knee or elbows or face against the ground you feel what trail running is all about.

I began to hunger for trails more and more. The training plans were thrown out the window. A few weeks ago my wife was out of town in Canada and I ended up running two half marathons in two days, one on the road and one on the trails. I can’t remember a minute of the road, but the trail run I remember every mile. The next day I ran four miles up and down a dirt hill and then a few hours later drove to Virginia to run eighteen miles of trails. It was then, during that week, that it realized….I was converted to the trails. The roads still hold a place in my running world, but that place is shrinking and the bulk of my running thoughts are now consumed by trails. Single track. Dirt. Technical. Trails.

In two days I am running my second official 50k on trails outside of Washington DC as part of The North Face Endurance Challenge. I look forward to dirt. I look for to the miles. I look forward to the tweaked addiction of running. Tweaked in that I want nothing more than to conquer more trails.