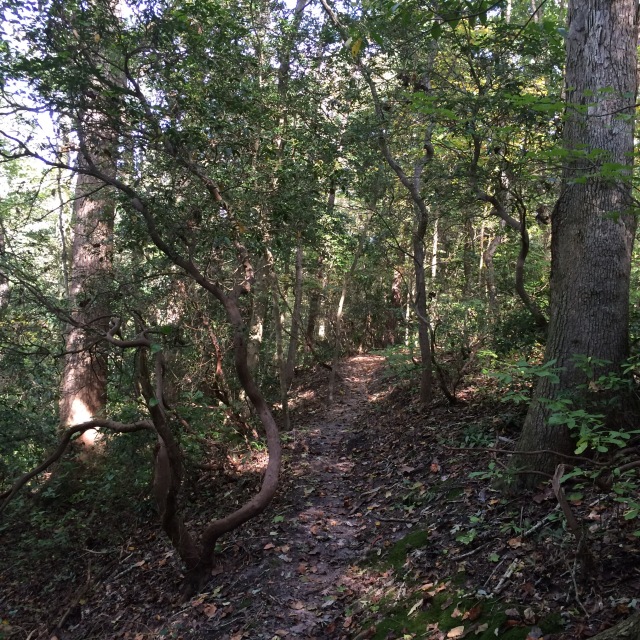 For almost four years now people have asked me why I run and for the first six months to a year I was saying, “to lose weight and to get in shape”… But you get a point where you have lost the weight (or most of it) and you are in fairly good shape. However people keep asking, “why do you run?” and “why do you run so much?”. For the record, and I hope my wife reads this,…. I am running less was than before, but the question still comes up and until this past week the answer for the last few years has been “it is just something I do.” That is what I believed.

Yet that all changed last week. I was running the zoo trails in Salisbury with Chris and I asked him a relatively easy question. I say “easy” because we could have found the answer in seconds with our smart phones, but mine was in the car and his was on an armband that made it less accessable. We didn’t have the answer, which was fine because it didn’t matter. What mattered at that time was enjoying the single track trails and kicking up dirt as we logged mile after mile.

Glowing screens, pop ups, beeps and notifications distract us hour after hour throughout the day. We are continually distracted. We are continually available to be distracted. How often have you tried to read an article online and found yourself clicking on a sidebar or a hyperlink in the article. How often have you been sidetracked by an email or text message…. Off track, less productive, everywhere but nowhere.

This is not just a modern problem. We can get hyperlinked out of our focus by other things as well like the refrigerator for the late night snack, the door bell ringing with solar power peddlers, or the sound of crazy neighborhood dogs keeping us up at night. Distractions are everywhere and some, like the sound of a baby at night, are good distractions and some, like The Golden Arches that suddenly have the entire family chanting “French fries”, are not so good. We have all had that moment sitting down on a bus or plane ready to enjoy some reading time only to be swept into a one way conversation about how great The Chicago Red Wings are… Distracted.

The moment. The undistracted moment counts.

It was that moment running down the mountain biking trails that I realized that the reason I run is to have undistracted moments in the early morning. Moments to reflect when I run alone and moments to connect when I run with others. Some of the best conversations I have in any given week are during a nice long runs. I think my running friends and I have solved most of the world’s problems. We discuss family, work, religion, politics, running, more running, biking, even more running, food and Melissa has even started talking to us about culture. The topics are lively and sometimes controversial, but always fun and entertaining. Want to get to know someone? Go on a few long runs.

I am not rejecting technology. I still run most long runs with my phone in case there is an emergency on the run or at home, but mostly it is tucked away unseen and unused. I am embracing the need to be undistracted, which is different than running to escape something or running for therapy. I run to be in the moment, to clear my head and to enjoy the beginning of a new day…. But most of all I run to enjoy the company of good friends in person undistracted.